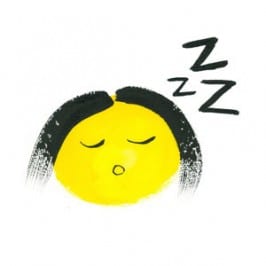 London based artist Jenny Wright offered a playful and contemporary reflection upon the image as language. Using her obsession with emoji and their expressive capabilities without the need for words, Picture, Letter showed how these popular images can say one or several things simultaneously, simply through the looks of their faces.

Emoji’s have become the UK’s fastest growing language. According to a survey by TalkTalk Mobile, 72% of 16 to 25-year-olds found it easier to put their feelings across in emoji icons than in text. Jenny has taken this current fascination and reinterpreted it in her own style.

To give a formal structure to the exhibition, Jenny’s concept has been to create an emoji alphabet. The irony in adopting a framework which borrows from traditional methods of teaching language to infants (‘A is for…’ and so on) emphasises the transformative nature of language, and how images are further disrupting expectations of literacy and education.

The artist explored her interest in both traditional and contemporary Japanese culture in all of the illustrations in Picture, Letter, including Japanese painting techniques and materials. Jenny’s fascination with the expressive capabilities of Noh theatre masks lended itself very well to this, an exhibition dedicated to the diverse ways in which emoji transcend language.

Picture, Letter was originally conceived with Haiku poet Lily Dessau. For this exhibition only the images of the twofold project were being displayed.

More from Half Moon