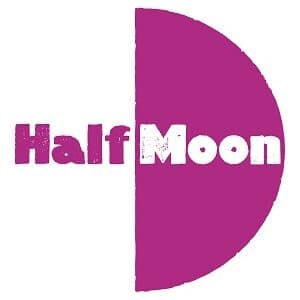 We are delighted to announce that two of our productions, Boys Don’t and What Once Was Ours, are Off West End Award finalists! This is very exciting news. We are very proud of our work with Papertale and Zest Theatre on these two productions and honoured to be nominated alongside such great company.

The Offies (The Off West End Theatre Awards) winners will be announced on Sunday 4 March in a live ceremony at The Albany, Deptford. The event will also be broadcast live on London Live for the first time ever as well as being broadcast via Facebook Live from The Albany, with announcements via Twitter. 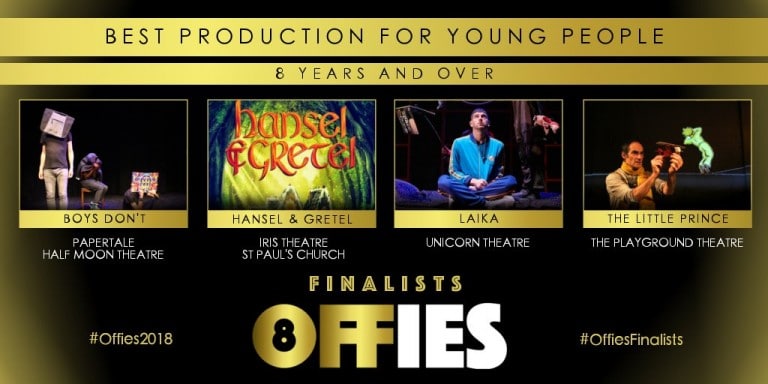 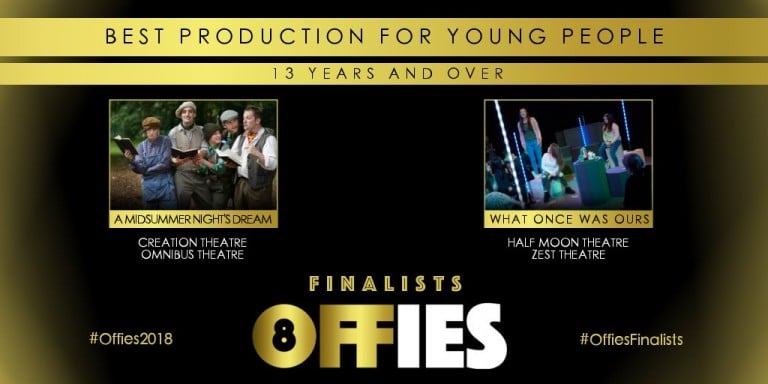 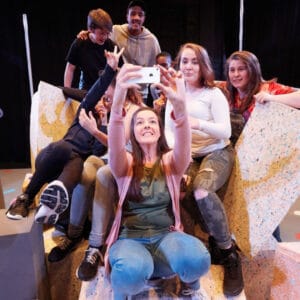