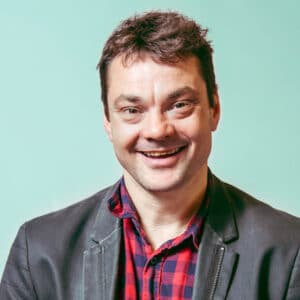 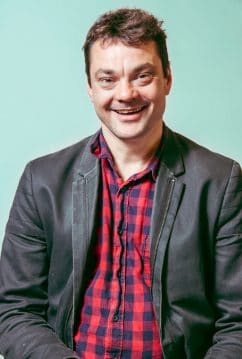 Justin Coe is a performance poet who is driven by a passion to connect people with poetry and poetry with people. His new show, The House That Jackson Built, celebrates books and the joy of reading and is for ages 4-10. We caught up with Justin to find out more about the show, the inspiration for the story, and what audiences can look forward to.

Tell us a little about The House That Jackson Built. What is the show about?

The House That Jackson Built is a theatre show about a boy called Jackson who disappears inside a book and embarks on a series of adventures – he becomes a wizard who attempts to tame a giant, an explorer who tries to cross a treacherous river, and a sailor shipwrecked on a faraway island. Meanwhile, Jackson’s Dad is having an adventure of his own, building a new house out of recycled objects.

It’s been a difficult time for Jackson living without his Mum, but against the odds, his book exploits help to bring him closer to his Dad and to feel more positive about their future.

Jackson tells the story in words, both funny and sad. There is a great soundtrack by composer Johnny Tomlinson, an incredible boy-sized pop-up book, created by designer Adam Nee, and a little bit of audience participation too.

Why did you choose to stage this show?

I love making spoken word theatre shows for children and this is my third solo show with Half Moon Theatre, after Big Wow Small Wonder (2016) and Young Herbert’s Horrors (2018). I write books of poetry – The Magic of Mums has just been published – but in these shows I get to combine poetry with storytelling, comedy and theatre. Plus, I get to perform it in front of live audiences.

Unlike Jackson, I am someone who struggled with reading as a child; but I loved being read to and loved theatre, so I guess I am writing and performing these shows for the young me – and they seem to appeal to a wide variety of other people, young and old, too.

What was the inspiration behind the story?

I really wanted to write something that celebrated the idea of libraries as well as exploring how books and stories can help us deal with something difficult or upsetting in our lives. That was the initial idea, and then as I developed the characters and plot, wider questions about loss and about climate change and recycling came up.

“I really wanted to write something that celebrated the idea of libraries as well as exploring how books and stories can help us deal with something difficult or upsetting in our lives.”

How did the piece come to fruition?

I worked with some brilliant children from Westborough School and St. Mary’s School in Southend to explore the themes of the show and with Southend’s Library service to discover what librarians get up to. Then it was just about getting my head down and writing the script. It can take a while to get a script right. However, as we had a tight deadline, I did most of the work on it in two months.

I was lucky to have an editor, writer Rosemary Harris, who was a brilliant help and made the writing process so much more fun than when I had been working entirely alone. Together, we did a great job in making sure that the story is clear to follow and that the poignancy is balanced with plenty of humour and fun.

Now it’s a just a question of learning the words, inhabiting the characters, adding the music, the costume, the scenery and the action!

Why do the issues covered in The House That Jackson Built particularly resonate with you? 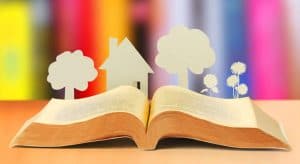 Without consciously writing this in, I have noticed there are quite a lot of similarities between Jackson and me in terms of our relationships with our Dads. Jackson loves words and lives a lot in his imagination – his Dad is also creative, but in a practical and physical way, which completely eludes his son.

Like Jackson, I moved to a different town as a child – though not to a house made out of rubbish! And like Jackson, I believe that reading for pleasure can help you to enjoy life.

What can audiences look forward to?

In no particular order: An achingly beautiful pop-up book. A stirring soundtrack. A tongue twister. A very bright pair of orange trousers. A story with heart. Extra stories within the story. Fun characters including a giant who can’t say, “Fee-fi-fo-fum” and a bird who can’t stop talking. A fairy. Some jokes. A toilet made from a rubber ring and a bucket. Some words. A Place called Dumpton on the Hump. And plenty of plastic potatoes.

How do you want audiences to feel during/after the show?

All the emotions! Trepidation as we try to cross the tongue twister river; frustration when the wordy birdie can’t stop talking; horror at the house of rubbish (and the bright orange trousers!); sadness for Jackson; and hope and joy!

Finally, describe The House That Jackson Built in three words?

The House That Jackson Built is a Justin Coe production presented by Half Moon. 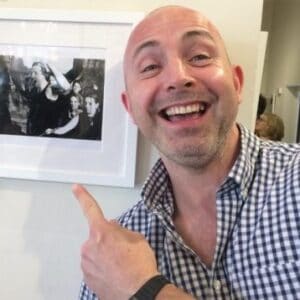 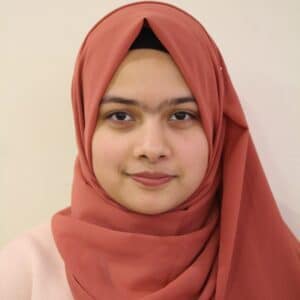